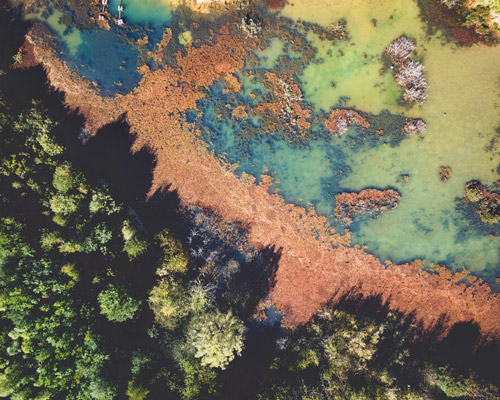 Conversations around environment protection in recent times have mainly revolved around climate change and the need to control emissions to prevent further global warming. With rise in human population, increasing consumption and improvement in lifestyles, natural resources have been under immense stress. Natural resources are part of delicately balanced ecosystems and extraction beyond the system’s natural regeneration capacity can lead to irreversible loss of species and habitats, thereby exacerbating climate change.

Restoration of ecosystems is fundamental to achieving the Sustainable Development Goals, mainly those on climate, poverty eradication, food security, water and biodiversity conservation. The UN Decade on Ecosystem Restoration is a 10-year push for the wellbeing of the natural world and uniting the world behind a common goal: preventing, halting and reversing the degradation of ecosystems worldwide. We’ll be covering the what, hows and whys of ecosystem restoration in this article.

What is an ecosystem?

An ecosystem refers to a community of plants and animals having interaction with each other in a given area. The non-living environments include weather, earth, sun, soil, climate and atmosphere. It relates to the way all these different organisms living in proximity interact with each other. They exist at all scales, from a grain of soil to the entire planet, and include forests, rivers, wetlands, grasslands, estuaries and coral reefs. Cities and farmlands contain important human-modified ecosystems. Ecosystems are crucial to human societies, providing people with water, food, building materials and a host of other essentials. They also provide planet-wide benefits like climate stabilization and biodiversity conservation.

What is ecosystem restoration?

Ecosystem restoration aims to recreate, initiate, or accelerate the recovery of an ecosystem that has been disturbed. Disturbances are environmental changes that alter ecosystem structure and function. Common disturbances include logging, damming rivers, intense grazing, hurricanes, floods, and fires. Restoration activities may be designed to replicate a pre-disturbance ecosystem or to create a new ecosystem where it had not previously occurred.

Why is restoration important?

All forms of ecosystem degradation have one thing in common: When people hurt the sustainability of ecosystems, they also hurt economies, biodiversity and the climate. For example, timber exploitation has contributed to ecosystem degradation in many regions, affecting traditional livelihoods, microbial ecology and incidence of other health-related risks. Healthy ecosystems, with richer biodiversity yield far-reaching benefits such as more fertile soils, bigger yields of timber and fish, and expanded stores of greenhouse gases. Between now and 2030, the restoration of 350 million hectares of degraded terrestrial and aquatic ecosystems could generate US $9 trillion in ecosystem services. Restoration could also remove 13 to 26 gigatons of greenhouse gases from the atmosphere. The economic benefits of such interventions exceed nine times the cost of investment, whereas inaction is at least three times more costly than ecosystem restoration (Source: UN www.decadeonrestoration.org).

How can ecosystems be restored?

Ecosystems are complex and highly varied, and their restoration needs careful planning and patient implementation. Hence restoration can be seen to be a derivative of embracing this diversity. A study by the International Union for Conservation of Nature (IUCN) from 2020 identified 108 different ecosystems, and the restoration techniques deployed will vary depending on the ecosystem and location. Many restoration projects aim to establish ecosystems composed of a native species; other projects attempt to restore, improve, or create particular ecosystem functions, such as pollination or erosion control. Some examples of different kinds of restoration include the following:

One can read about some of the crucial ecosystems, i.e., Forest, Marine, Arctic, Freshwater & Wetlands along with their restoration measures in our upcoming articles.

Infosys and ESG – A journey that started with G