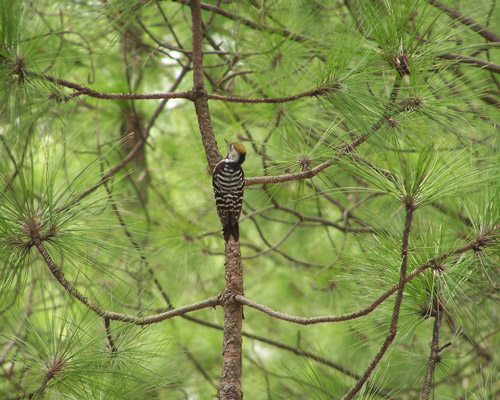 There are numerous newspapers reports nowadays on how the Ganga is cleaner, on how air pollution is at two-decade lows and how many of us are waking up to hear more birds chirping. We have seen that a few days of industrial and vehicular inactivity have started to reverse damage caused to nature. Although unintended and abnormal, the last few days of near global lockdown could have very well been the most concerted human effort to reverse climate effects in the Anthropocene.

This is of course unlikely to sustain as the future steady state (‘new normal’ is tiresome now 😊) will certainly entail similar levels of industrial production and continuation of most human behaviour patterns that existed pre-COVID. There is in fact a risk of pollution levels and climate effects substantially increasing as was in seen in post 2008 China when stimulus packages drove construction activity to a frenzy.

While there is certainly reason to cheer and sing along with the birds now, I would like to highlight a couple of systemic action areas that are important for sustenance of lower pollution levels. The first one relates to how we don’t move backward and the second on how we can move forward with respect to our environmental goals.

1. No regression: Zoonotic pandemics like COVID originate and spread due to overreach of human activity in the natural ecosystems, through direct human encroachment or indirect disturbances caused by air and water pollution. New pandemics may or may not originate in India, but if they hit its shores, the population density and widespread air & water pollution will certainly make them difficult to control. Not regressing is also a form of action, and one that holds significant challenges for the government. Industry will rightly expect many fiscal and other concessions to tide over this crisis. One respected industry leader has suggested that India could plan to reduce its climate targets and give concessions on acceptable levels of pollution. This in my view is not prudent as a regressive pollution control regime will be very difficult to reverse. While industry may decide to postpone sustainability investments, the Government should not at this stage dilute existing norms or slow down on more stringent amendments for e.g. the ones pending on antibiotic discharge limits for pharma companies. Ideally, our pollution control regime should become stricter with stronger deterrents for polluters. The not-so-distant future cost of public health will be far onerous than one borne currently with stricter pollution measures.

2. Build back better: As infrastructure creation often forms the bulk of stimulus drives, the UN has recently proposed six climate-related actions to build back better in the recovery phase. The suggestions include shifting from a grey to green economy, incorporating climate risks and opportunities in the financial system and building for sustainability. Here is where India’s National Infrastructure Pipeline (NIP) comes in. The final report on the NIP that was released last week, $ 1.5 trillion program from now to 2025 outlines ambitious goals on all infrastructure sectors, and mentions the need for climate resilience. The taskforce working on the NIP has also recommended setting up of committees for monitoring, coordination, financing, etc. It is important at this stage to benchmark the impact of infrastructure creation on the environment and biodiversity and include project level ESG (Environment, Social & Governance) indicators for reporting and assessments. On the lines of green building assessments done by the IGBC, there are organizations like GRESB that define sustainability benchmarks and assess performance of real assets on the same. It is time the NIP taskforce incorporates definition and monitoring of sustainability indicators along with the monitoring of other metrics.

I write this on the backdrop of the distressing and tragic Vizag gas leak incident, a painful reminder of much that is broken. This is the time when Governments and corporates should strive not to regress and build better for the future.

The birds need to keep singing.

Move towards standardization of sustainability reporting