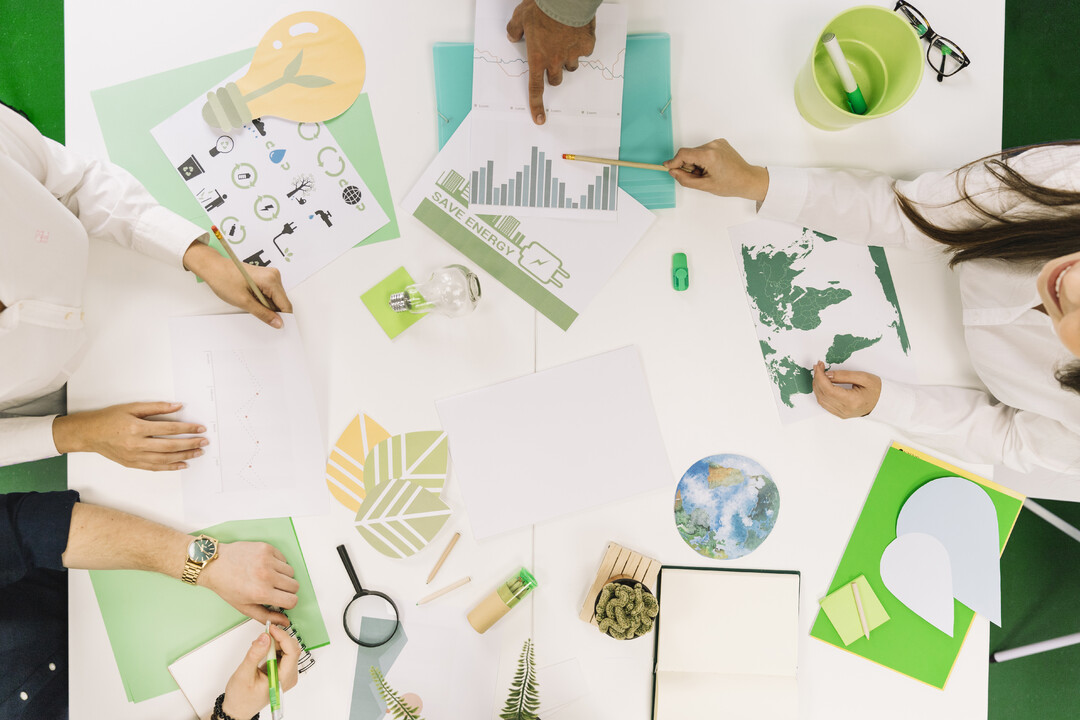 23 Nov Infosys and ESG – A journey that started with G

Posted at 06:25h in Envision, Thirteen by Envintadmin 0 Comments
0 Likes

On my first site visit to Infosys Mysore campus back in 2011 for a sales call, I was pleasantly surprised that I didn’t realize that I was right next to a sewage treatment plant (STP). Most sewage treatment plants in campuses and industrial effluent treatment plants are usually relegated to ‘no man’s land’, where one cannot detect any offensive odors or where curious eyes do not have an opportunity to observe their often neglected condition.

But Infosys was different.

It was a matter of pride for their leadership to showcase the STP to guests on campus visits. And rightly so, as they were among the earliest in India to install advanced membrane bioreactor technology for maximizing wastewater reuse. More importantly, they wanted to do the right things for the environment, by selecting the best membranes, the most energy-efficient pumps and investing in automation to reduce leakages. In my years of association with them as an account manager, I had the privilege to observe at close quarters, their environmental goals put into action.

It therefore didn’t come as a surprise when Infosys declared a few days back that they were the first Indian company to become carbon-neutral, 30 years ahead of Paris Agreement timeline. Chairman NandanNilekani, quotes in the ESG vision for 2030, “As an early proponent of responsible investing, we have readily embraced our obligation to integrate ESG factors into whatever we do, which is only increasing in importance, particularly in the wake of COVID-19.”

Infosys was founded in 1981 and it became a public limited company in 1992. ESG principles are not new to the company although the term wasn’t used publicly until now. It is interesting to note is that E, S and G haven’t received equal amount of attention over the years, in terms of going above and beyond what is needed. While I started with a story on environment, the ESG balance in Infosys’ early years was heavily titled towards good governance practices.

In the 1990s, Infosys was a trendsetter in good governance and brought many practices that were not prevalent in the Indian corporate world. For e.g. Infosys was the first company to grant ESOPs to its employees, to voluntarily adopt US GAAP reporting, and to publish quarterly audited financials. The trend continued in the 2000s with Infosys being the first Indian company to comply with the Sarbanes-Oxley Act in 2005, and a few more firsts to its credit. While the last few years has seen Infosys embroiled in a few governance controversies, the company has weathered them and forged ahead.

To further its corporate responsibility obligations, The Infosys Foundation, the company’s philanthropic and corporate social responsibility (CSR) arm was started in 1996-97, to support programs in the areas of education, rural development, healthcare, etc. To quote from one of the earliest published annual report, “The Infosys Foundation focusses on the rural poor, the underprivileged in rural areas, healthcare for the poor, education, and promotion of Indian arts and culture.” Over the years, the foundation has served as a means for the company to engage with the larger community that it operates within. The funds available to the foundation increased substantially post the 2014 Indian government’s mandate on CSR spending by corporates.

As the company saw massive growth and addition of thousands of employees every year, it started campus style offices in the late 90s and started incurring significant energy costs, not to speak of freshwater consumption and solid waste generation. The Infosys Mysore campus, spread over 330 acres, is no less than a mini-township, where environmental initiatives could not just conserve natural resources but save significant operating costs. A ‘green initiatives’ team was formed in 2009 for focused attention on energy, water and waste. Infosys’ campuses gave it adequate scale as well as economic reasons to test out initiatives like wastewater reuse, radiant cooling for buildings, electrodialysis reversal for water treatment and biogas production from food waste. More than a decade of focus on environment has ensured that Infosys is now carbon-neutral and can go into a maintenance mode.

There are limits that one can reach in individual elements of ESG and going beyond can be a challenge for various reasons including economic rationale, management bandwidth and dilution of stakeholder commitments. I would argue that governance forms the bedrock of ESG, without which E and S actions cannot sustain, however well-intentioned they may be. The strong foundation of governance at Infosys ensured that lofty environmental and social goals could be set and achieved.

A reading of the Infosys’ 2030 ESG goals reveals that its social targets over the next decade are most ambitious, compared to environment and governance. The core reason for this could be that the company can create massive social impact and strengthen its core business while ensuring that governance and environmental goals are also met. To illustrate, the company plans to impart digital skills to 10 Mn + people by 2025, including employees, clients and communities, a goal that would have an indirect impact on its business as well. In the materiality matrix of its ESG Vision document, ‘Enabling digital talent at scale’ ranks highest on having an influence on stakeholders, and ranks second-highest (after governance) on having an impact on sustainable business performance. While ‘climate change’ ranks as high as enabling digital talent when it comes to influences on stakeholders, it ranks much lower on impact on sustainable business performance.

Infosys’s ESG journey hasn’t begun now and what we are witnessing is a shift of balance towards social and newer aspects of governance, while keeping the existing governance and environmental goals intact. Starting from the 1990s, each decade has seen the ESG focus play out in different measures, in line with the company’s evolution, societal expectations and of course market forces.

Given how 2020 has been for the world, the 2020s will surely see a shift in ESG balance for Infosys!