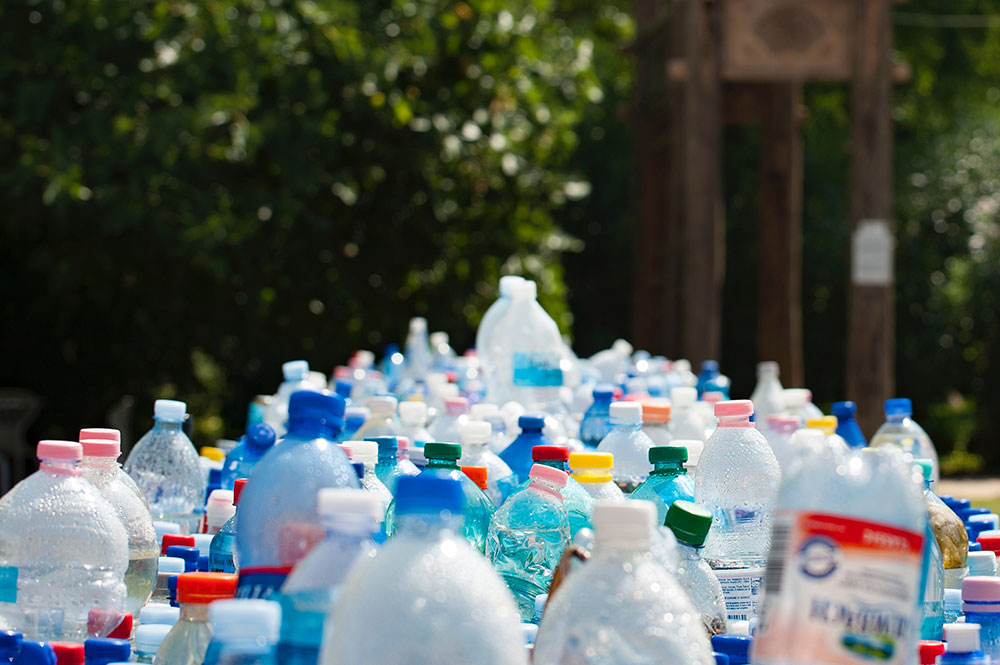 29 Oct The future is in plastics, again

Posted at 11:11h in Envision, one, Uncategorized by Envintadmin 0 Comments
0 Likes

A day ahead of the expected nationwide singe-use plastic ban, I might sound silly saying this. In the 1967 movie, The Graduate, the career advice to the young man was clear, “One word. Plastics.” Five decades later, the advice might still hold true “Plastics. But not as we know.” The very characteristics that made plastic so ubiquitous – durability and resistance to biological degradation have become a problem as tonnes of plastic accumulate in oceans and land. We all know the issues for which plastic has gained notoriety – micro-pollutants, ocean pollution, sewer line clogging, etc. But I am sanguine about the future of plastics in mainly three existing areas of (1) existing stock reduction, (2) faster biodegradability and (3) decentralized recycling:

1. Existing stock reduction: The existing stock of plastic is rising by the day and soon there won’t be any landfills (or oceans) left to house them. It is estimated that 60% of plastic produced till date are lying waste in landfills or are accumulating in the natural environment (Source: Production, use and fate of all plastics ever made). While recycling PET bottles and consumer plastic are all great for the environment, the big difference in reduction in existing
stock of plastic will come from substantial use in creation of infrastructure like roads and buildings. Breakthrough ideas of using plastic in road construction (pioneered by Prof. R Vasudevan) and housing can substantially reduce existing stock of plastic waste and can act as a more viable and environmentally friendly alternative to incineration. Many start-ups are already working on these but the big impetus will come from change in public procurement policies of the government. Roads and affordable housing alone can absorb much of the existing stock and give rise to a vibrant industry that could redefine construction methods while benefiting the environment.

2. Faster biodegradability: Developing countries use more than 50% of plastic for packaging. Most of the packaging material needs the product inside to be secure for days or months, certainly not for hundreds of years. Bioplastics or bio-based plastics made from renewable sources such as corn starch or from genetically engineered microbes, today constitute less than 1% of the overall plastic production. Plastics that are designed to start degrading as soon as the useful life of the product is over, that can be manufactured at a large scale and that are also economically viable are exciting challenges would be worked on in the next few years.

3. Decentralized recycling: Decentralized wastewater treatment and reuse picked up strongly in the last decade in India, especially in metro cities. This has reduced the load on central sewerage systems, reduced freshwater intake of buildings and given rise to many innovations such as packaged membrane bioreactors, etc. A similar story is unfolding in wet solid waste, where improved composting systems are able to address the waste at source, substantially reducing load on municipal waste transportation and disposal infrastructure. The decentralized sewage treatment and wet waste treatment technologies will surely be followed by decentralized plastic waste recycling systems. Sewage and wet waste are simpler to degrade and treat using biological methods whereas the same won’t hold true for
plastic. Plastic waste is also not homogeneous compared to other waste and the recycled output won’t be readily reusable at source. It is however an exciting area of innovation and just like sewage and wet waste, an ecosystem would get created where large-scale centralized and small-scale decentralized systems would co-exist.

There is a great future in plastics in addressing the challenges of existing stock, faster biodegradability and decentralized recycling. The ban is a good start for us to embrace a future where the meaning and role of plastic will be very different.