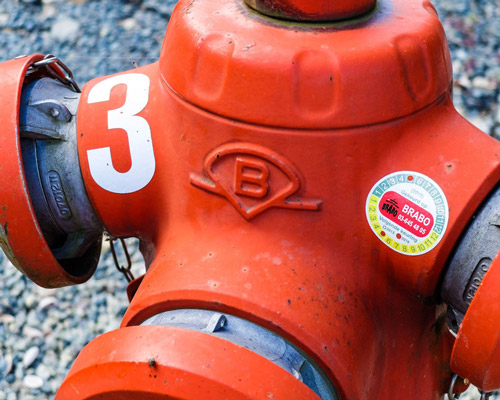 Unsurprisingly, the report highlights data that point to an immediate crisis impacting millions of citizens and resulting in an eventual 6% loss in GDP by 2030. A first of its kind report, the scoring methodology is based on nine themes, each with varying weights corresponding to the perceived importance of that theme to the overall goal of water management.

However, conspicuous by its absence is the entire domain of industrial water usage, where none of the nine main themes or twenty-eight indicators that contribute to the index have any linkage to industrial water. In fact, the word ‘industrial’ appears only thrice in the entire report. The report admits to poor data availability at a detailed level on industrial use, and hence its inadequacy in being used as a guide for making decisions. Industrial water use should be a part of such composite reports, more so when issued by NITI Aayog, the premier policy ‘think tank’ of the Government of India. Our belief stems from various reasons, the key ones being (1) Improved data capture (2) State level policies for integrated water use and (3) Potential for innovation.

1. Improved data capture: Various estimates peg industrial water usage at 8% to 13% of overall water use. It also varies significantly across States with the scale and composition of industries. More importantly, industrial effluents have the potential to pollute large water sources and render them unfit for human use or consumption. While industrial effluents dwarf in volume, when compared to the domestic sewage generated, the ill-effects of industrial water pollution can be far more severe and long-lasting. This makes it all the more important to collect data at an industrial level on fresh water consumption, as well as generation and quality of effluents. Mechanisms for self-reporting can be introduced at a National level to encourage best practices in water management across industries.

2. State level policies for integrated water resources management: Industries form an important stakeholder group for a State’s water resource management. A report by World Resources Institute (WRI) in January 2018 states that 40% of India’s thermal power plants are in water scarce areas. It further points out that 70% of India’s thermal power plants will face increased competition over water by 2030. While power is one of the most water intensive industries, such competition cannot be ruled out for other industries. Lack of clarity on State policy can also create sustainability risks for existing units and can put on hold plans for expansion. The need for integration of industrial water use in a State’s water resources plan cannot be overemphasized. While many States do have clearly defined policies and tariff structures, it is not clear why this has been left out in the CWRM report.

3. Potential for innovation: Incentive structures to promote innovation in industrial water and wastewater treatment can have a cascading effect on larger water use areas such as agriculture or domestic water usage. Leading IT companies in India have managed to make their large campuses water-positive by innovative practices on rainwater harvesting and sewage reuse. Industries especially in food and beverage have adopted innovative organic waste reduction techniques, that can be beneficial in other settings such as urban townships. Such innovations abound in spite of lack of any major public policy initiatives. Many industries are brining such innovations in the larger society through their CSR program

It is important that the next index captures industrial water use quantitatively and qualitatively. Lack of data at a detailed level should act as call for action to create systems to measure water usage across various types of industries. An effective water resources management model with an integrated approach of involving industrial stakeholders can benefit all citizens facing the water crisis.

The water case for renewable energy

Sewage and its hidden value