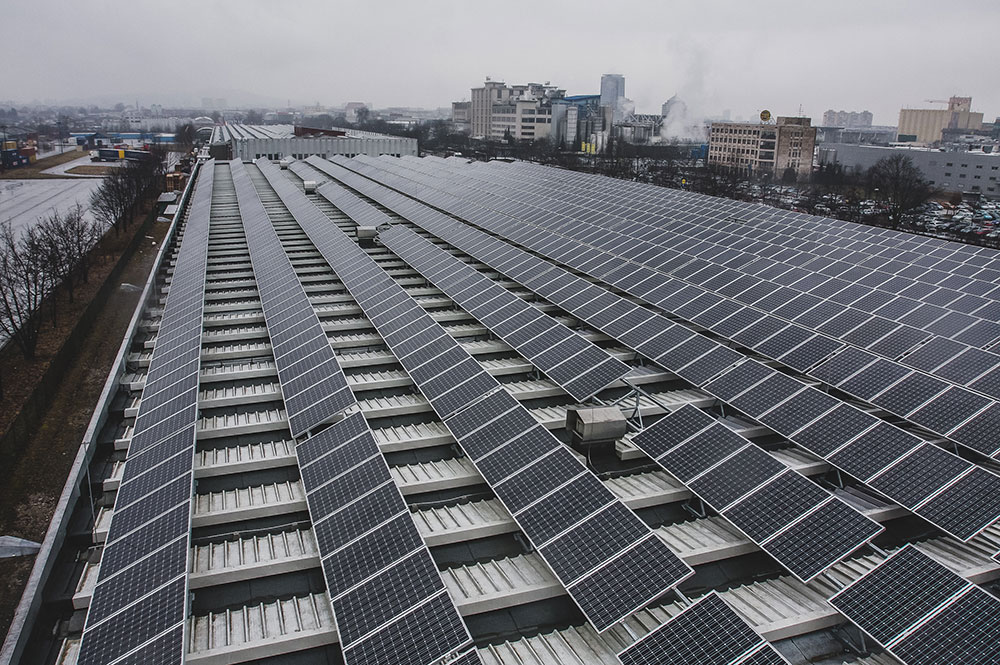 The renewable energy mission of India is amongst the most ambitious in the world. Most discussions on the shift from thermal generation to renewable energy, focus on the benefits of emissions reduction. While emissions reduction is indeed needed, this blog looks at the impact of such a shift on the demand for water resources.
The blog illustrates three different aspects of water and power generation dependency (1) Absolute savings in freshwater consumption (2) Pollution reduction (3) Risk mitigation of power outages

1. Absolute savings in freshwater consumption: In 2017, India generated 108 GWh of thermal power through coal-based sources, ~60% of its overall generation. With thermal power generation being one of the most water intensive industries, a 2017 notification by The Ministry of Environment, Forest and Climate Change has limited the specific water consumption of thermal power plants to 3.0 m3/MWh. With this target of water consumption, thermal power plants would be consuming ~8,000 million litres per day. In contrast to coal-based thermal power, wind energy or solar PV technology requires significantly lesser amount of water for operations. While wind is close to zero, solar PV requires about 0.08 m3/ MWh. Most of India’s solar plants are based on PV technology. To put it in perspective, even a 10% reduction in the coal-based thermal power generation would amount to a saving of 800 MLD, enough water for the daily needs of a medium sized town in India. Every GW of a shift from thermal to a wind or solar PV based renewable would also amount to a saving of 70 MLD or more than 25,000 million litres per year.

2. Pollution reduction: Thermal power plants use water mainly for cooling purposes. Cooling water blowdown or discharge has high levels of dissolved solids that would entail further treatment prior to discharge. All new thermal power plants have been mandated to adopt zero waste water discharge technology. Although such technologies have been successfully deployed worldwide, they are complex to design and need robust maintenance practices to achieve the desired waste water treatment norms. Thermal pollution due to discharge of ‘higher than ambient temperature’ water is also a cause for concern. Aquatic life is also susceptible to thermal shock due to sudden changes in temperature that happens during start-up or shutdown. In the case of solar or wind- based power generation, there is no waste water and consequently no pollution risk.

3. Risk mitigation of power outages: While this shift would obviously lead to significant water savings, it also mitigates the risk of power shortages due to lack of water for servicing the power plants. Specifically, with respect to India, 40% of its thermal power plants are in water-stressed areas, and 14 out of India’s 20 largest thermal power utility companies experienced water-related disruptions between 2013 and 2016 (Source: World Resources Institute working paper 2018). The Draft National Energy Policy of NITI Aayog released in 2017, estimates installed coal-based generation capacity in the range of 330 GW – 441 GW by 2040. This is more than double of the current installed capacity and water related risks might be the biggest undoing factor for such estimates. The Government also proposed a policy in 2016 for use of sewage treated water as feed-water for power plants. Although such measures are welcome, practical issues like distance to source, piping infrastructure, etc. come in the way of actual implementation. Water related issues will continue to pose increasing levels of risks not only for future thermal power plants but also for existing thermal power plants.

To conclude, emission reduction has been the strongest reason for shift to renewables. However, it is time that the water case for renewables also be considered seriously for planning and policy decisions. This can reduce dependency on water for power generation, mitigate water pollution and reduce water-related risk to existing and future thermal power plants.